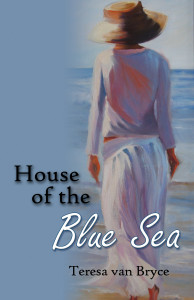 And, in addition to all of the above, a bit of research. Merriam-Webster defines research as “the collecting of information about a particular subject”. That about covers it and, luckily for me, in some cases this means walking beaches, watching sunrises, and drinking margaritas.

By June of 2013, I’d completed the first draft of my novel, House of the Blue Sea. The story takes place in Baja and, although I’d never visited this part of Mexico, between the many online photos and resources and previous trips to other Mexican locations, I had a strong enough sense of place to write the first draft. But, what I didn’t have were the specific sensory details that are so important to me — the feel, smell,  and sound of Baja. So in November of 2014, I flew with my husband to Los Cabos and spent nine days exploring the southeast corner of the Baja Peninsula.

Since this was my first research trip for my first novel, I am no expert, but through the next five blog posts, I’ll share with you what I learned. Here are the first five things on that list:

Do your homework. Before you leave home, prepare yourself with as much information as you can find online and in books to plan a route and itinerary that includes the people, places and things that suit your story and your characters. Reserve accommodation in the kinds of places your character might stay. Even if the character in your story won’t be in a hotel or b&b, stay in “her kind of place”. In my case, Sandra Lyall spends her Baja time in a Mediterranean-inspired boutique hotel. Although Casa del Mar Azul is completely fictional, it was beneficial to stay in a similar feeling hotel while visiting La Paz. For the sake of your budget, here’s hoping your character isn’t partial to 5-star hotels. 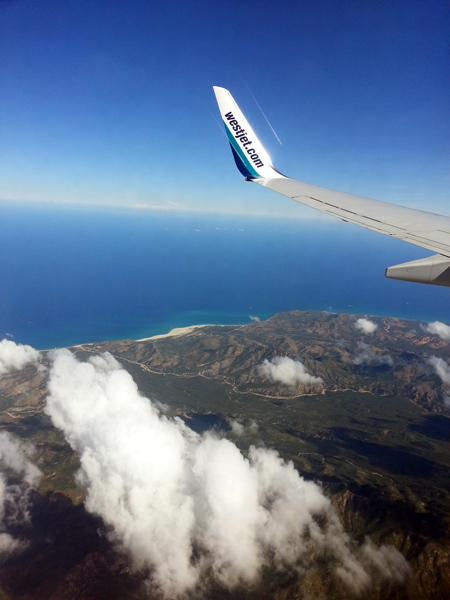 Begin before you land. Colours, contours and the lay of the land are all visible from the air on a clear day. Take photos, take notes. If part of your story happens on the plane, pay attention to the details while flying. The details are what make the story come alive to the reader. If your story involves a plane hijacking or crash, this is a good time to use your imagination.

Observe the beginning and ending of days. In our busy lives it’s sometimes difficult to take time out for watching sunrises and sunsets but, as my character Sandra Lyall puts it, “those moments when (the sun) is coming up or going down are the most magical.” Take time to appreciate this magic in your setting. There may be colours and sensations not present at any other time of day.

Google Earth is an amazing tool for scoping out settings, and I used it extensively when writing the first draft of my novel. I virtually cruised the waterfront in La Paz and drove Highway 1 between La Paz and San Jose del Cabo. But, some of the less major roads weren’t on Google Earth so I had no idea that, for some of the roads, renting mules would have been more appropriate than a small Ford sedan.

Get to know the locals … especially if they happen to reside in your hotel room. 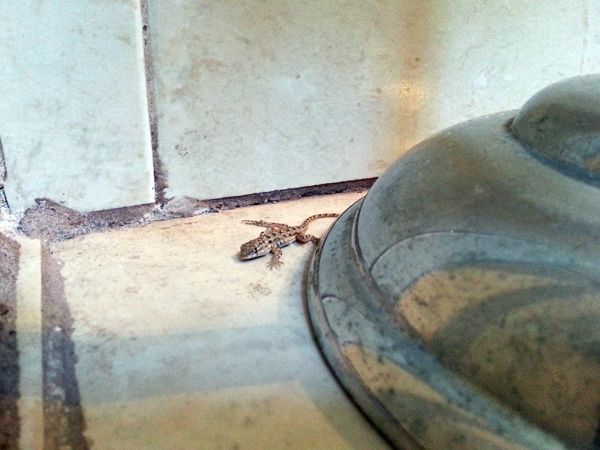